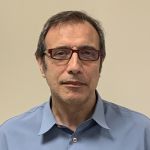 Antonio Agudo is a Physician, specialized in Preventive Medicine and Public Health. He graduated in Medicine (MD) at the University of Barcelona (UB), and he holds a Master of Sciences (MSc) degree in Clinical Epidemiology from the Erasmus University Rotterdam (EUR). He completed his doctoral training at the Autonomous University of Barcelona (UAB), with a PhD in Public Health and Methodology of Biomedical Research.

At the end of the 80s, he began his work as an epidemiologist at the Hospital S. Jaume y S. Magadalena and at the Institute for Epidemiological and Clinical Research, both in Mataró (Barcelona). During that period he participated and conducted case-control studies on stomach cancer, lung cancer, and pleural mesothelioma. He was also involved in the design and recruitment of participants for the European Investigation into Cancer and Nutrition (EPIC), a large multicentric cohort study with participants from ten European countries.

In 1999 he joined the Catalan Institute of Oncology (ICO). As a senior scientist he participated and led several studies within the EPIC project (such as EURGAST and PANACEA), and became an active member of the EPIC working groups of gastric and esophageal cancer, lung cancer, breast cancer and prostatic cancer. Besides the mentioned working groups, he has also been deeply involved in research regarding chemical carcinogenesis, molecular mechanisms of cancer and genetic susceptibility.

In 2014 he was appointed Head of the Unit of Nutrition and Cancer (UNAC) at the Cancer Epidemiology Research Program (PREC) and Head of the Group of Research on Nutrition and Cancer at IDIBELL (Bellvitge Institute for Biomedical Research). Moreover, he is currently coordinator of the EPIC cohort in Spain and representative of EPIC-Spain at the EPIC Steering Committee, and he also leads the EPIC Working Group of Gastric cancer.

Presently, his main research interests are the role of chemical compounds and related biomarkers in the carcinogenic process; the relationship between environmental carcinogens and genetic susceptibility in gastrointestinal cancers and lung cancer; the role of diet, body composition and physical activity in breast cancer and other hormone-related tumors. The latter is a field of growing interest; in order to investigate the potential role of nutrition and related factors on the prognosis and progression of breast cancer survivors, he has set up and coordinates a multicentric randomized clinical trial (PREDICOP) aimed to assess the effect of a lifestyle intervention combining diet and physical activity on the risk of recurrence among breast cancer patients, as well as the effect of the intervention on survival and quality of life.