While the rapidly emerging arsenal of immune-based therapies continues to show great promise in more effectively tackling an increasing number of tumor types including melanoma and lung cancer, these novel contenders do not yet benefit most patients. Those who respond tend to do so exceptionally but they remain in the minority. Much work still needs to be done to establish why most patients either do not benefit from these anti-cancer medicines, or eventually develop resistance.

Considering that lung cancer heads the leader board of cancer-related deaths globally due to high incidence and low survival rates, there is a critical need to identify and validate new predictive biomarkers of response for the more effective and personalized management of patients suffering from non-small cell lung cancer (NSCLC).

Directed by co-Corresponding Authors Enriqueta Felip, Principal Investigator of VHIO’s Thoracic Tumors & Head and Neck Cancer Group as well as our Thoracic Cancers Translational Genomics Unit, and Ramon Amat, Translational Investigator at Enriqueta Felip’s Unit, the investigators sought to identify predictive biomarkers associated with longer-term response and sustained benefit. To do so, they performed analysis of genomic and transcriptomic features of long‐term ICI responders in a cohort of 47 NSCLC patients at more than 18 months’ progression free survival (PFS). All patients in the cohort were diagnosed with advanced disease and treated with ICIs as monotherapy at the Vall d’Hebron University Hospital (HUVH – Vall d’Hebron Barcelona Hospital Campus).

“To better understand the determinants of response to ICIs, we also studied the interplay between tumor-intrinsic and tumor microenvironments immune features. Our data show that SCNAs burden negatively correlates with most of the immune-related transcriptional signatures studied but not with PD-L1 expression, while TMB appeared to be unrelated to all features analyzed. We then aimed to establish how the combination of TMB and SCNAs related to ICIs benefit,” explained Ramon Amat.

Results from this Spanish-centric study, also carried out in collaboration with colleagues from HUVH, Hospital Clinic, IDIBAPS, Josep Carreras Leukaemia Research Institute (IJC), and the Campus ICO-Germans Trias I Pujol in Barcelona, the Center  for  Applied  Medical  Research  (CIMA), Navarra Health Research Institute (IDISNA), University  of  Navarra in Pamplona, and the Centro  de  Investigación  Biomédica  en  Red  de  Cáncer  (CIBERONC), Madrid,  showed that almost all long-term responders had an above average  TMB and below average SCNAs burden, while patients whose tumors presented opposite characteristics were non-responders. Furthermore, patients with moderate benefit tended to have either high TMB or low SCNAs, but not both.

“Our observations show that TMB strongly correlated with long-term response. High SCNAs burden can be associated with poor response and negatively corresponds with the presence of several immune cell types. We also found that PD-L1 expression is higher in patients with benefit, mainly in those showing long-term responses,” said Joan Frigola, Investigator and Bioinformatician at Enriqueta’s Unit and co-First Author of the study.

“This combined assessment of TMB and SCNAs burden thus enabled the identification of long-term responders (considering PFS and overall survival). As importantly, our findings are as robust as they are insightful. We validated the association between TMB, SCNAs burden, and PD-L1 expression with the outcomes of treatment with ICIs in two publicly available and independent datasets of ICI-treated patients suffering from NSCLC,” added Alejandro Navarro, Clinical Investigator at Enriqueta’s Group and Oncologist at HUVH’s Medical Oncology Department (led by VHIO’s Director, Josep Tabernero), who also co-first authored this paper.

Collectively, data from this purely integrative study evidences the utility of both TMB and SCNAs as novel biomarkers to identify patients with benefit to ICIs in a cohort of long-term responders. By analyzing multiple molecular biomarkers in the same set of individuals presenting prolonged response, the investigators have exposed TMB as an indicator of long-term benefit following ICIs treatment in NSCLC, and that TMB, SCNAs burden and PD-L1 are complementary determinants of response.

Commenting for VHIO’s Global Communications Enriqueta Felip concluded, “TMB, SCNAs burden and PD-L1 are complementary determinants of response with clinical benefit following therapy with immune-check point inhibitors. Our research represents a step forward in more effectively tailoring immunotherapies to those patients who would be most likely to benefit. Biomarker discovery and validation is therefore crucial if we are to deliver on the promise of these treatments and benefit an increasing number of our patients.”

This collaborative study was supported by funding received from the Spanish Association against Cancer (AECC), Carlos III Health Institute (ISCIII), and the Catalan Government/AGAUR. 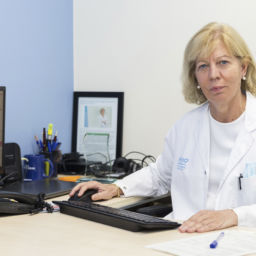 Dr Enriqueta Felip, head of the Thoracic Tumours and Head and Neck Cancer Group at VHIO and section head in… 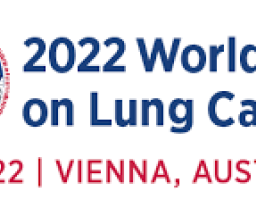 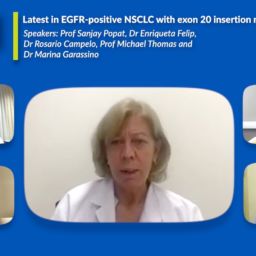 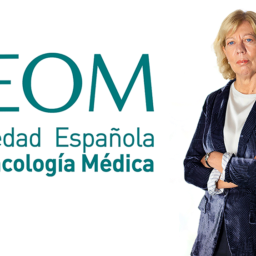 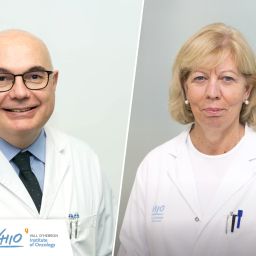 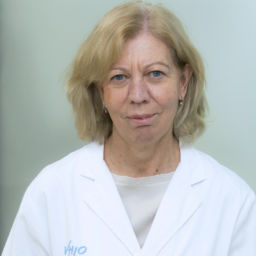 Selected by the American Society of Clinical Oncology (ASCO) as an Oral Presentation during its 2021 Virtual Annual Meeting,…