Barcelona, August 02, 2021. The BRCA1 and BRCA2 genes are crucial actors in the DNA damage response and repair pathway; a function that is critical in preserving the integrity of the genome. Mutations that meddle with the normal cellular function of these genes not only trigger the onset and progression of cancer but also modulate response to therapies.

Individuals harboring a BRCA1 or BRCA2 germline loss-of-function mutations are at an increased risk of developing breast and ovarian cancers. Genetic testing for inherited BRCA1/2 variants is therefore paramount for the early detection and diagnosis of hereditary breast and ovarian cancer (HBOC). Despite myriad advances in genetic diagnostics, particularly over the last decade, only a small number of studied cases can be attributed to mutations in these genes and almost 50% of cases remain unsolved.

“Only by achieving a deeper understanding of how these mutations affect the function of these two genes will we continue to fine-tune genetic screening. Improved diagnostic testing will result in significant benefits for these families, both in terms of disease prevention as well as the selection of more personalized anti-cancer therapies”, observed Sara Gutiérrez-Enríquez, Staff Scientist of VHIO’s Hereditary Cancer Genetics Group, directed by Judith Balmaña, and lead author of a trio of recent contributions that signpost next directions towards potentiating genetic testing for familial breast and ovarian cancer.

Nowadays, genetic studies of families with hereditary cancer typically only focus on DNA. “This is because RNA, by its very structure, is inherently weaker than DNA and is prone to degradation during analysis. On the contrary, working with DNA is much easier”, explained Sara.

Recently published in Cancer Genetics (1), research led by Sara Gutiérrez-Enríquez, and first-authored by Gemma Montalban (a former Graduate Student of the same group and now a Post-Doctoral Fellow at the CHU-Québec-Université Laval, Canada), sought to establish whether RNA analysis of the BRCA1/2 genes could identify possible alterations that might resolve undiagnosed cases by first studying the DNA in families with HBOC. She continued, “Our data suggests that the co-exploration of DNA and RNA can detect more cases in those families for whom traditional analysis did not yield a positive result. These families could therefore benefit from complementary RNA analysis”.

The study enrolled 320 patients with HBOC who tested negative for BRCA1/2 mutations in DNA, and who were selected based on a strong family history of disease. “Taken together, our results point to RNA as an enabler in identifying alterations that were not detected by conventional tests. These findings could be important for high risk families with negative results via DNA”, observed Sara.

Bioinformatics to optimize the molecular diagnosis of HBOC
Many BRCA1/2 mutations that are identified by DNA analysis are variants of uncertain significance and cannot be classified as being either pathogenic or benign. Over recent years, many bioinformatic tools and platforms have been developed to help improve the diagnosis of hereditary cancer by adequately classifying all these genetic alterations. The challenge now is to select those tools that most accurately interpret and clinically classify these variants of uncertain significance. These insights will more faithfully guide genetic diagnoses, and therefore more precisely inform which patients would benefit from preventive measures, as well as steer personalized treatment selection upon disease onset.

To understand the evolution of usage of bioinformatic approaches in variant clinical interpretation and thus facilitate their selection in a clinical setting, a dedicated chapter on how to assess the utility of various computational tools, co-authored by Sara Gutiérrez-Enríquez, has recently been published in a book entitled Clinical DNA Variant Interpretation (2). “The number of available methods has rapidly increased and so, it is consequently difficult to ascertain how they work in order to apply them in the most effective manner”, said Sara.

To address this challenge, the first part of this book chapter sets out the underlying principles of these in silico tools for predicting pathogenicity. The authors review the evolution of computational approaches designed to predict the implication of RNA alterations, as well as highlight the challenges ahead in their future development.

The investigators have shown that SpliceAI, an in silico approach based on machine learning, is effective in the high-throughput prediction of RNA alterations caused by intronic mutations. “Our findings also suggest that intronic regions with a high potential of being pseudoexons can be systematically identified in all hereditary breast and ovarian cancer genes, and thus facilitate the detection of intronic variants that affect RNA”, she concluded.

These recent advances, spearhead by VHIO’s Hereditary Cancer Genetics Group, represent a step forward in optimizing the genetic diagnosis of hereditary cancer. Continued research will help to ensure that more patients and their families can benefit from a more precise genetic diagnosis and therefore access tailored preventive measures to reduce the risk of developing cancer, as well as personalized treatments matched to the molecular makeup of their respective disease.

Full results from the OlympiA Phase III, multicenter trial promise to extend the use of PARPi olaparib as adjuvant therapy… 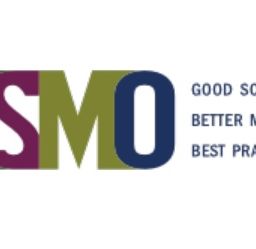